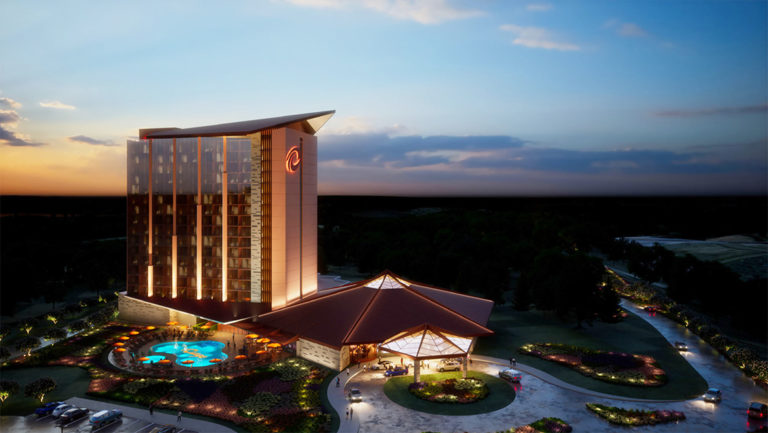 ‍Submitted by,
Indian Gaming Magazine
February 18, 2022
Back To Press Articles

An internationally renowned architecture firm recognized by local and national publications, Marnell Companies was founded in 1982 and is known for handling planning, design, construction, development, and consulting. Still run by Tony A. Marnell—one of Sin City’s most legendary Strip architects, the firm has been honored by the Las Vegas Chapter of NEWH for extraordinary design achievements that include awards for the best hotel, best lobby, best suite, and best lounge bar. Such honors can only be achieved with a skilled team of craftsmen and the guidance of Tony A. Marnell. After earning a bachelor’s from the University of Southern California, Marnell spent two years in graduate school studying with legendary architect Professor Alfred Caldwell. The training paid off big: Marnell went on to design and build such Vegas landmarks as the Rio Hotel in 1998 and the Bellagio and became the architect of record for Wynn’s The Mirage. Marnell also served as executive design architect for the $1.1 billion Borgata casino.

PAWHUSKA, OK – Officials with Osage Casinos have released renderings and details of a planned new property in Lake of the Ozarks, MO. The property is part of a new entertainment district in Missouri announced last fall by the Osage Nation. The project is expected to be completed in multiple phases with an estimated $60 million investment in the region, bringing new jobs, tourism and revenue for the Lake of the Ozarks community.

“We look forward to collaborative work with the local community and state of Missouri,” said Osage Chief Geoffrey Standing Bear. “We will provide positive economic benefits to the Osage people, as well as those who reside on Osage ancestral lands.”

Historically, the Osage Nation once thrived in Missouri with a population of as many as 200,000 members of the Osage Nation at its height. The planned property includes a casino, hotel, meeting space and event center, among other amenities.

“We are thrilled to release these renderings to Osage Nation members in a time when Chief Standing Bear is conducting monumental cultural efforts in our ancestral lands,” said Byron Bighorse, CEO of Osage Casinos. “Our casino has been nationally recognized for providing world-class gaming, and we are excited to bring this opportunity to Lake of the Ozarks.”

Phase 1 of the process includes construction of a casino, sports bar, restaurant, and meeting space. Additionally, it also includes a hotel, which will have general hotel rooms, suites, a fitness and exercise facility, a pool and hot tub, and a pool bar. Phase 1 construction is expected to start upon approval from the Department of Interior. Future amenities include more casino space, additional food and beverage options, meeting space and an event center.

Before 2002, as Indian gaming received federal approval, the Osage Tribal Council created the Osage Tribe Gaming Enterprise Board. This group now provides oversight for the business entity known as Osage Casinos. Today, the Osage Nation uses revenues from the Osage Casinos to fund tribal government and programs, provide for the general welfare of the tribe and its members, promote tribal economic development, support charitable organizations and help fund operations of local government agencies of the Osage Nation.
‍

by, By Indian Gaming Magazine